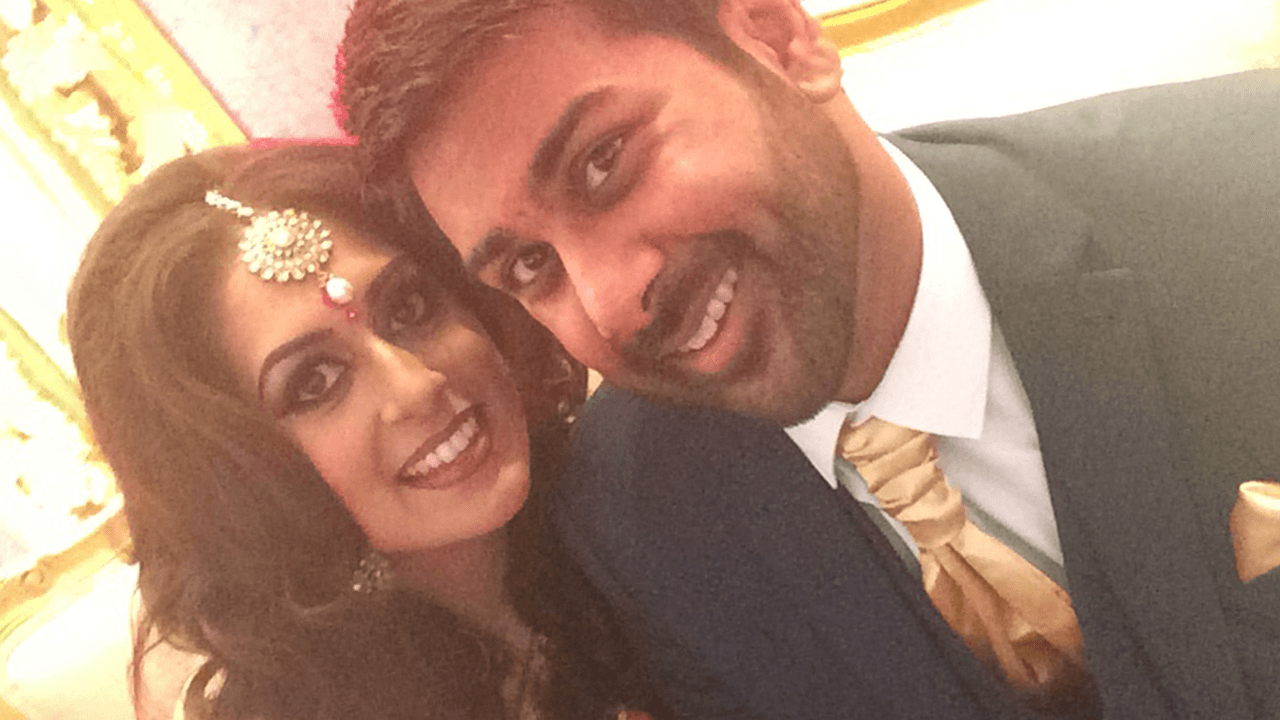 Check out Vikash and Parina’s story!

Parina and I met through the AsianD8 website at the end of January 2015. We exchanged numbers and started speaking just a few days before I went on holiday, so unfortunately we didn’t have our first date till a month later!

After many calls and text messages while I was on holiday, we planned to visit the Southbank for our first date. But because we’d been speaking for a month already we were so keen on seeing each other we decided to go latenight bowling the night before! I didn’t let her win though.

Whenever we talk about our first date, Parina will always say how I couldn’t look at her as I got into her car, and I will always mention how Parina nearly fell over in her heels the following day on Southbank!

We spent many hours talking and realised we had many mutual friends, but the most surprising thing was that our mothers lived on the same road when they were younger, and Parina already knew my sister! Our paths finally crossed on AsianD8, and it’s been smooth sailing ever since.

After many dates and meeting each others families, I whisked Parina off to Paris in July on the belief that we had won free tickets, and would be meeting my mother and sister out there. Little did she know it was all a ploy, as I proposed to her on the balcony of our hotel room overlooking the Eiffel Tower.

We got engaged in October and got married in February 2016!

Thanks for sharing guys, it’s so inspiring!