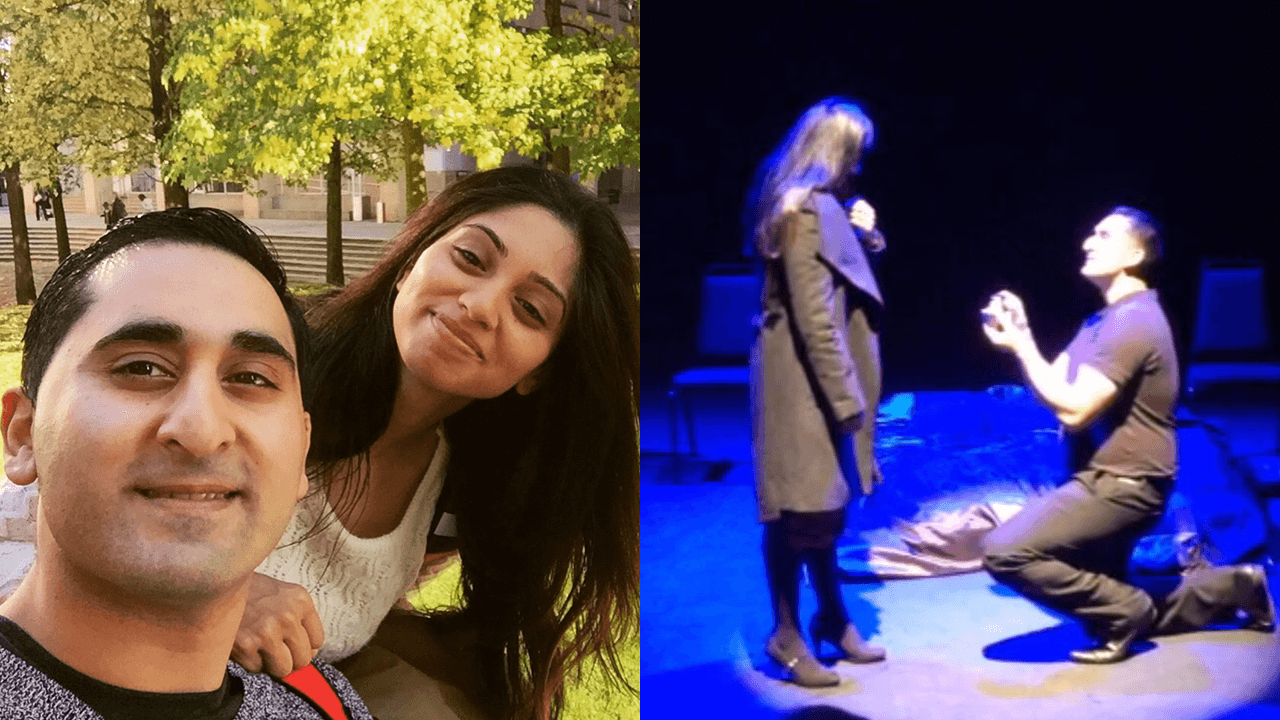 I met my partner through AsianD8 and this is our story…

For a while my friend Ed kept bugging me to go to a dating event. I wasn’t really into these things and I kept putting it off. Ed however, persisted, so eventually I gave in just to keep him quiet. It was the night of Valentine’s Day. Me and Ed parked up and walked into the Padlock Party at Frederick’s Bar where we got our padlock and key. We wandered around and met some of Ed’s friends. I had no real expectations of the night and what was about to come.

We continued to walk and talk throughout the evening, until I saw Rupi enter the Padlock Party. My heart felt something and I watched him walk in to the bar then talk to Ed. Unknowingly he was also another friend of Ed’s. I went up to Rupi and asked him to try my padlock and coincidently it worked! We then went for the raffle ticket and talked. He asked for my number and I said NO! As a joke of course! He was gutted. I eventually gave him my number, and received a text that same night. I didn’t think much of it at first. I thought it would fizzle out like all the other times. But that week we met three times. The third time we met it was almost an instant attraction and we both knew what we wanted.

From that night on we continued to meet. The relationship quickly developed and Rupi proposed to me on stage at the Rep Theatre in Birmingham last September. We are now tying the knot in August this year!

So thank you to Asian D8, and a bigger thanks to Ed for bringing us together on that night.

Thank you Sonia and Rupi! We wish you all the best 🙂