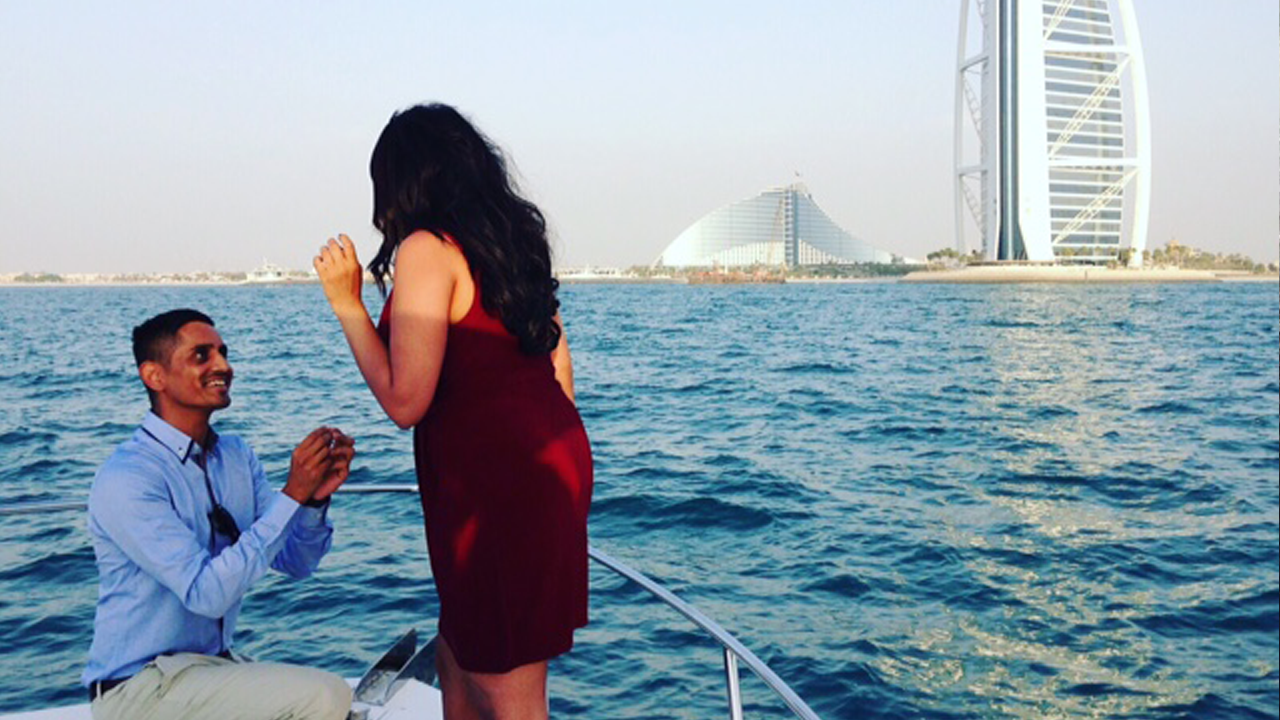 Our story began in 2014 when Bharat sent me a Wave on the site and then he sent me a message. He approached me the way a gentleman should do. We messaged, then we exchanged numbers and we spoke for one of the longest conversations we have ever had. This all took place in the first week of my joining AsianD8!

Speaking to Bharat and getting to know him was an amazing week. For our first date we went on a stroll around London, and Bharat bought me a rose! It was so romantic.

As time passed we just knew we didn’t want it to end, so the relationship status changed from ‘single’ to ‘in a relationship’.

A year and a half later we went on holiday to Dubai. We were on a yacht in middle of the Arabian Sea with the sun setting behind us. We sipped drinks in the heat, then the yacht stopped and Bharat pointed to the view in front of us. It was beautiful.

He said he had something to give me, and he pulled a beautiful necklace from his pocket. I turned around so he could place it on my neck, and as I turned to look back at him he was on one knee with a ring in his hand! He asked me to marry him and it was the most magical moment for us both!

What began as a great trip  turned out to be the most amazing holiday a girl could ask for.

We are getting married next year, and a big thanks goes to AsianD8 for making it happen!

Here’s to many more memories together

Such a great story, thanks for sharing with us ❤️

Everyone deserves that magical moment.